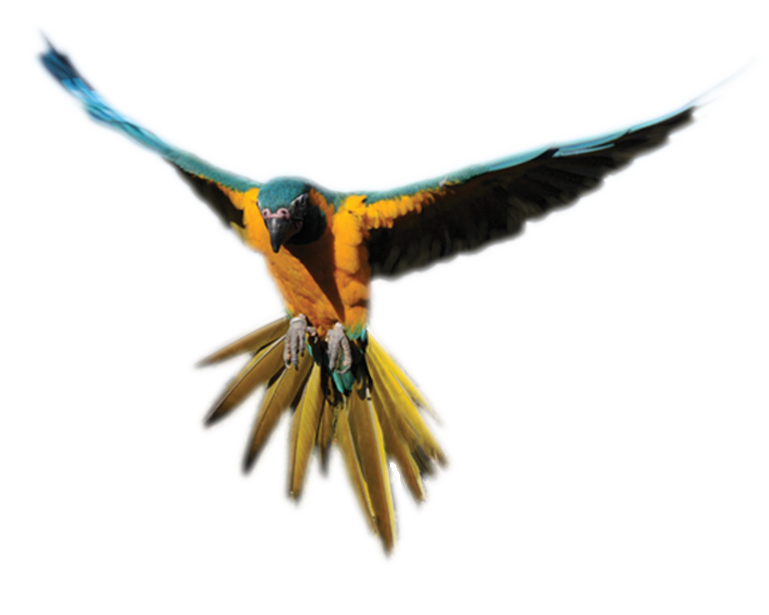 Success training parrots to fly out doors depends largely on your ability to set the animal up to change its behavior. Before attempting to flight train a parrot outdoors I recommend you master basic training skills. There are several articles on this site about clicker training. I also recommend you watch this short video by Behavior Works.

A Freeflight member wrote: “I went about ten feet from him and with my hand held out clicked two times, he kind of looked at me funny like i was crazy but when I clicked twice again he went to his perch, so i placed him back on the cage and tried again, same reaction.”

This demonstrates the beauty of using positive reinforcement strategies for training, you can do it all manner of wrong and still get good results. I think it is great that this person and his birds have made such progress. But let me show you how you can use the clicker to get better results.

Lets start out by discussing how a clicker is normally used and some of the theory behind this.

Usually we use a clicker to do three things: 1) mark the exact moment the bird did something we want, 2) promise that a reinforcer (desired treat) is on its way, 3) mark the end of the behavior.

Normally we do NOT use the clicker as a cueing signal, as you are doing.

The idea here is that a bridging signal (the click) is a way to tell the animal what it just did that has earned it something it wants. This way it can more easily and more accurately understand WHY it is getting the goody. What did it just do that earned it the goody? What ever it was doing at the moment the clicker sounded is what earned that goody. This is very valuable information and not always that easy to communicate to an animal with accuracy without such a bridging signal. As such it is also important to use the clicker with great accuracy on your part, making sure to click at exactly the moment the desired behavior occurs.

And in long duration behaviors, it also tells the animal that it is finished with this repetition.

With continued use, the click may become associated with good things enough that the sound itself becomes a secondary reinforcer. Some animals will work just to earn the attaboy sound of the click and may even ignore the treats themselves. I would not expect this but it is interesting to observe when it happens.

The real value of the clicker is that it is very precise due its very short crisp sound and it is unique. You are very unlikely to accidentally tell the bird that it just did something right and that a goody is coming while you were talking on the phone and commented how you have a “good bird” and then fail to follow through with your “promised” goody – some people advocate using “good bird” as a bridging signal. The only time the bird hears a clicker is when you actually intend to use it. Even if you are using it with another animal, the bird can still see that every time the click is sounded someone gets a goody.

With a clicker you can very accurately mark a quick or very brief behavior so the animal knows it was that very tiny bit of behavior that earned it the coming goody. This is highly useful since many behaviors must be trained as a series of tiny steps or approximations. This is called shaping the behavior. Essentially this means that the end behavior is trained by starting with whatever level of behavior is available and then reinforcing slight improvements toward the goal behavior. To do this you break the behavior down into the smallest parts you can and then train each part before moving on to the next part.

To start this we usually begin by “charging the clicker” as some people call it. Which simply means we will help the bird associate the clicker with receiving the goody. Essentially we click and then immediately hand the bird the treat. Do this a few times and usually if you click, delay a moment and watch the bird, it will look to the hand that delivers the treat. This means the bird has made the connection that when it hears the click it expects to get a treat. Now we can start using it to identify actual behavior.

ok i wasn’t quite sure what everyone was talking about as far bridges go, but this post made it a bit clearer lol, so in some way i am also using a bridge and did not know it, because first thing in the morning i open all of our flocks cages (5) and when i go to the kitchen can hear them all playing around on the cages, louie will start calling and chattering up a storm and his favorite things to say are louie bird, and louies a good bird, and then starts his whistles to call the dogs, but he won’t leave his cage until i say louie come to dad, and immediately you hear the beat of his wings and into the kitchen he comes, so is this good or am i still doing things wrong

This is not doing anything “wrong” but it is not using a bridging signal either. Are you telling the animal it just that moment did the very behavior that you want to give it a goody for? And is there a delay between when that is communicated to the bird and when it receives the goody? In the above description the answer is no you are not doing either.

Whenever you reinforce a behavior it is important that the animal can make the contingent connection between doing the behavior and getting the reinforcement goody. Any delay between the behavior and getting the goody will only diminish this association. It is one thing to stand in front of the bird and immediately hand the bird a goody when it does the correct behavior. The bird can easily determine “Hey if I do this, then cool, I get the goody.” But if you are on the other side of the room and the bird does the behavior, you jump up from your chair, walk across the room and as you hand the goody to the bird, it is scratching the feathers on its butt. It now thinks “Cool, if I scratch the feathers on my butt, I get goodies.” Which of course is not what you really meant.

Now for this to work, we must first teach the bird how the clicker is used to mark a behavior. This is usually done with training targeting, touch the end of a stick. Click here to read more about Targeting and using the clicker to train a behavior.

Chris – I do have to disagree with your point below.  About saying “good bird” while on the phone and your bird getting confused because it didn’t get a treat. I think they can tell the difference between when we’re just talking, and when we’re interacting with them. That being said, I still try to minimize when I use a possible bridge if I’m not actually bridging them for anything.

The concept of a bridging signal is that the signal marks a moment in time and then points to a coming reinforcement. This again is another associative pairing process and is often considered a secondary reinforcer. If you use that bridging signal in a non bridging manner, then you are weakening that associative pairing. How much this will interfere with your training will depend largely on how much you continue to strengthen the pairing through correct usage.

The same is true for selecting a signal that is precise. Yes you can get away with all manner of bridging signals, including “good bird”, but if you really want to use good form and get the most from your training, you will select a bridging signal that is specifically selected to produce a crisp short signal. Of course this is supporting a clicker as a general training tool. There are situations where a clicker would be a very poor bridging signal and some other signal would work far better – like try to train during a rock concert or at a distance of 1/4 mile from the student.

The most common reason given for not using a clicker is people wanting to keep both hands free. To me this is a bit like arguing that a calculator is too complicated to be useful for doing math. Bob Bailey says training is a mechanical skill and then he sets to teaching you how to use your hands with a clicker in it. I agree of course – how can you disagree with Bob Bailey on anything related to training 🙂 ? If a magician were to take the stance that many other people take against learning to use his hands, most card tricks would never get performed because it is simply too difficult to do with the hands. Sometimes the benefits are worth the effort and time spent doing a little practice to develop one’s coordination to learn to do something you could not easily do before. Today I can easily use both my hands to handle and train one or two birds, while holding a target stick, clicker and treats all at the same time. I do it all the time and give no thought to it.

I guess it all comes down to what is acceptable for each person. Early on I was told that a clicker gives me a significant clarity and accuracy advantage when training. And I can say I have seen this many many times with even taming a new hand shy bird. I have learned how to use that clicker both from a theoretical stand point and from a physical and mechanical stand point.

So for me personally, there is simply no question about if a clicker is a great training tool. Everyone else is free to like it or dislike it as you like.

For more on how to actually use positive reinforcement in training, read the articles Clicker & Treat and Positive Reinforcement and Target Training.