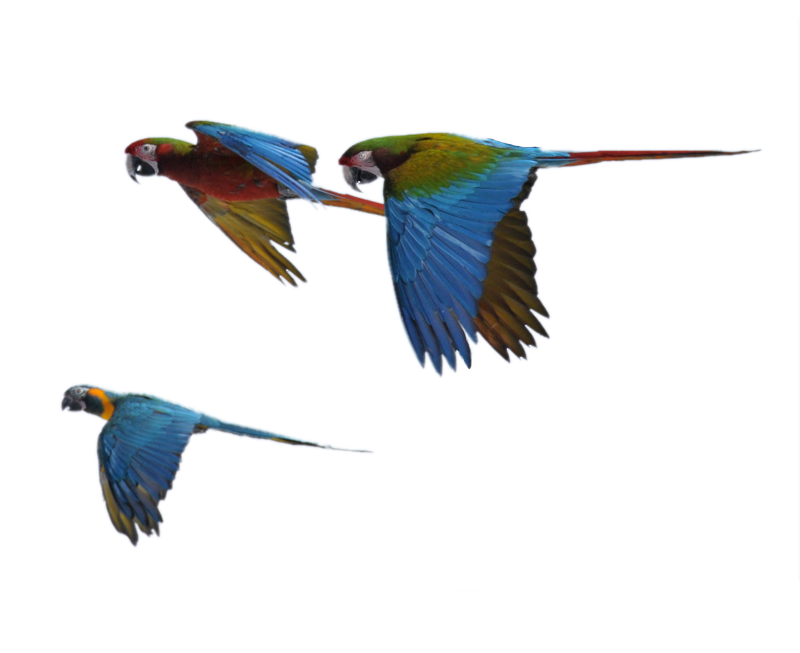 Ray Varella is a member of the Hyacinth Breeders List, and he was sharing with the List one of his experiences he recently had with his B & G, who named Cicil. Just thought you might enjoy reading about it

For those of you that are interested or have been following Cecil’s progress, we have just returned from a flight week in Moab Utah that Chris Biro hosted.

It was a very long drive but after weighing all of the options, driving was the best mode of transport since it allowed me to bring the right supplies for the bird and myself.

The first two days were devoted to classroom presentations that covered the science behind the method of training that Chris has developed. It is sound methodology as it works with the systems that nature has evolved to give the birds every chance at success (IMHO).

After each days presentation we were taken to various sites to observe what we had been learning, several of Chris’ veteran birds were put into practice in order to illustrate the various types of experience a bird needs to ensure safe return in the varying levels.

The levels are listed as 1-5 for humans, level one is a wide open field with no obstructions for at least a 1/4 mile in every direction and easy access to the terrain, level 2 is similar but with a little gradient to the terrain, level 3 has more terrain for the birds to interact with but you still have good visibility and reasonable access in the event of a fly off. Level 4 has greatly varied terrain and the bird can get out of sight and recovery can be difficult but not impossible. Level 5 has extreme variance in terrain, the birds can get way out of sight and human access can be just about impossible, level 5 is for very advanced birds with excellent recall skills and very steady behavior.

Having Chris demonstrate the various levels and explain the importance of the birds mastering each level before progressing to the next really helps establish the criteria for setting your bird up for success. The ability for the bird to advance and retreat at his own pace was greatly emphasized.

Moab itself is a gorgeous place, it is wild, unspoiled and interesting on so many levels. People go there from all over the world to sight see, river raft, skydive, mountain bike, hike, rock climb and numerous other activities. There are fossilized dinosaur tracks as well as fantastic geological formations and interesting deposits and erosion activity. Just an awe inspiring place.

By the third day we were ready to fly our birds, there was a couple there that had two young Macaws that had never flown outdoors, they had some indoor flying experience in a covered basketball court and under watching them take their first flights was really incredible. They were set up for success and there were no mishaps, the conditions were perfect and the birds must have had their confidence bolstered by being in the right conditions at the right stage of development. It was a great thing to witness and over the next couple of days they progressed to flying in some level 3 areas, I suspect those birds will become very capable fliers if the owner keeps up the good work.

My bird did not have much interest in flying at the level 1 location, I think that being in the wide open area while it was quite warm (mid 90s) just didn’t enthuse him. When we got back up to the ranch I told Chris that I thought my bird would like to fly around his property, there was a bit of a breeze, plenty of trees, varied terrain and most of the “safety features” he has become accustomed to.
Once he started flying around the property you could really see him come to life, he was flying with some of the resident Macaws and really enjoying himself.

The next few days were spent flying in the mornings, going back to the ranch to have lunch and watch the days video footage as well as view the still action pictures on a big screen tv. Chris has a great deal of experience photographing and video taping birds in flight, it added so much to the experience. To be able to have a discussion and watch reference material did wonders to help explain the written material and power point presentation we had previously studied. I can’t emphasize enough what great photographers and videographers they are.

By the morning of the 4th day of field work we were able to have Cecil flying some level 4 terrain, I was down in a canyon and would send him off, he would disappear from view up over the canyon walls and I could hear him call from off in the distance, once I called for him he had no trouble coming to find me, what a great feeling. I think the exercises we had been doing on the bicycle really made this a natural transition for him. I was quite proud of him, he was very well conditioned and even working at the altitude of the high mountain desert he was never winded.

The final day we took some warm up flights at a very nice level 3-4 location that we had flown the previous evening, then it was off to hike up onto rock outcropping that overlooked the valley. Considered level 4-4 1/2, we spent a couple of hours up there and Cecil really had fun interacting with the terrain and flocking with the other birds. It was unseasonably warm but because of where we were there was a nice breeze and great views. We saw a huge flock of numerous (close to 200 birds) different raptor species, they were riding the thermals and swarming then taking off in a single file line, a few minutes later another group appeared and did the same thing. We found out that the behavior is called “kettling” and it is a migratory phenomenon where the birds see the thermals (much the same way that we see the heat waves rising from asphalt on a very hot day) and use them to get lift before flying further on their route, what a great treat. We had 6 birds out on the rock and not one of them made a sound despite there being several species of hawks, some eagles, vultures and ravens in the mix, it was wild, something I’m not likely to ever witness again.

We stayed up on the rock for a while longer and just enjoyed the tail end of what had been a great week, my bird was spending more time in the air than the others and just doing some great flying, he was soaring and jinking and taking advantage of the extra lift the breezes were providing, just a picture perfect ending to a great trip. We went back to the ranch and watched the video and pictures from the mornings outing. It was time to get on the road and I had a very long drive ahead of me, we said our goodbyes and off I went.

When I started flying Cecil I knew I was onto something great, after this trip I can’t wait to see where it takes me. For anyone considering free flying your birds, Chris has a freeflight list that I would encourage you to join. Our group was a sort of test bed for a course that he is developing and they want to do more of these workshops in the future.

Because of the unique landscape, wild terrain, expertise of training and overall great experience I would highly recommend taking a trip to Moab, the hospitality was first rate, Chris was an excellent host and what he offers is not available anywhere else on the planet.

I have been kindly granted permission to share some of the great pictures that Chris took and will be adding them to a folder for anyone to view. I currently only have a couple of dozen but will have more in a few weeks. Hope you enjoy viewing them.

Chris: Would you have chosen this flying location if had already taken my class?

Ray: I should also mention that I waited too long to start flying him outside. I kept hoping to find an indoor location to work with him a bit. I was nervous about the whole thing and he was several months post weaning before we ventured outside to fly.

Having witnessed Richard’s experience to compare to my experience is extremely valuable. Between your class and the model subjects I have A+ material for comparison.

In a perfect world the student would take the class when they are ready to venture outdoors with their bird, a bird that has spent some time being outside and has great recall.